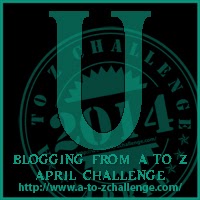 U is for the Um Principle

As I mentioned earlier, Tang Soo Do Moo Duk Kwan philosophy is based on Taoism.  One of the core components of Taoism is the idea of equal and opposite forces.  This creates the balance of life which keeps us humans centered physically, mentally and spiritually. 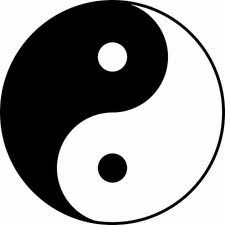 Two equal and opposing ideas behind physical movement can be seen in Yang and Um.  Yang is fast, hard movement characterized by rapid, hard strikes and deliberate, heavy steps.  The moves are fierce, hard and heavy.  The element associated with it is fire because it destroys.

Um, on the other hand, is the fluid, graceful movement seen in some of the upper forms and more advanced techniques.  While still very powerful, these moves are graceful, soft and light.  The element associated with it is water- it's a gradual build-up that strips a defense and seeps into the gaps presented by an attacker.

Both techniques have a place within the system, neither is better than the other because each is needed for different intents.  Equal and opposite, both in their place- creating balance.
Posted by Bevimus at Thursday, April 24, 2014