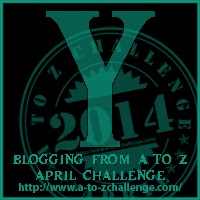 Y is for Yup Cha Gi

Yup Cha Gi means side kick and is the last of the basic kicks that comprise the foundational kicks of Tang Soo Do Moo Duk Kwan.  Like the roundhouse before it the key to a good side kick is to turn the bottom foot away from the target- this forces the hips to open up and produces power in the kick.  The toes of the kicking foot MUST be pointed down to floor such that the heel of the foot impacts. 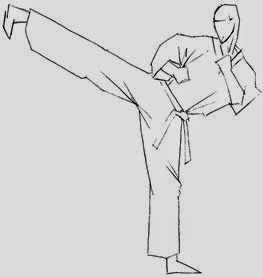 Note the down- pointed toes and turned base foot.

The chamber for a side kick begins by lifting the knee straight up such that it is parallel to the target (radically different than the roundhouse kick chamber).  The base foot turns when the kick is launched such that the hips open as the kick extends.  The leg locks into place shortly before impact and, when done correctly, one's uniform tends to make a terribly satisfying popping sound. 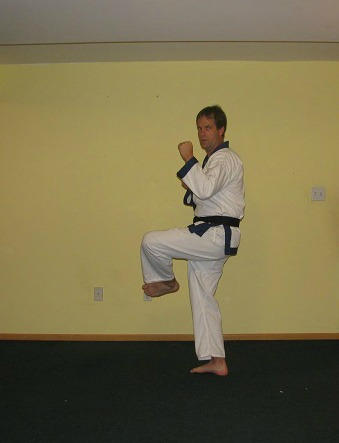 Arguably the single most important kick we learn, the side kick forms the foundation for several others including the back or mule kick, hook kick and the ever-frustrating wheel kick.  Like the others discussed, these kicks can all be done in variations: spinning, jumping and, of course, jump-spinning (which, as you can imagine,  is next to impossible unless you do serious strength training of the muscles it takes to launch one's body off the ground.  This is why the jump-spinning wheel kick is lovingly referred to as "the hip dis-locator").

As I've said several times, the fancier the kick is, the less real-world application.  The same goes here- the higher the sidekick, the more power you're losing because your momentum is going up rather than out.  And jump-spinning kicks while awesome fodder for cool fight choreography are almost never seen in sparring because it takes to long to set up and launch the kick.  No, the basic side kick is actually the most powerful because of the momentum one can generate and is used very frequently in sparring as a tool to create space between you and the attacker. 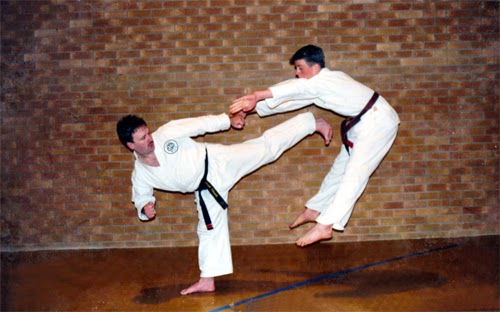 Side kick takes a lot of training and practice to perform correctly, but it pays off because it opens the door to so many other techniques.  But even on its own, it's a damned powerful kick (and my favorite, if I'm picking favorites).
Posted by Bevimus at Tuesday, April 29, 2014