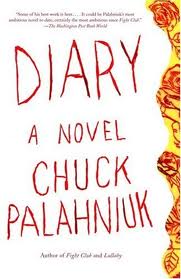 One year ago today my boyfriend and I brought home the world's cutest puppy.  He was only 9 weeks old at the time, petrified of everything (and I do mean everything) and unable to manage a moment alone without falling apart.  It took a long time to get him house trained, comfortable on his own outside of the pen or able to comply with simple commands like sit or down.  And it tested the will of both of us to deal with the far greater than we could have realized responsibility of raising a puppy.  (For the record, it's really not all that different than having a baby.  It's just that growing up goes a lot quicker, thank god.)

It's so easy to get caught up in the daily technicalities.  Getting him out for a walk before work when you're running around like a headless chicken in the morning.  Being frustrated that he's still so anxious around other dogs.  Trying to get him to stop barking his head off when you come home from a long, trying day of work... The annoyances, the details, the facts of everyday reality.  Like everything, you can get caught up in it and lose track of the bigger picture.

But the bigger picture is this: he is, when it comes down to it, a miracle.  The fact that this creature exists- that he's just walking around the house, looking up at you with those amazingly round puppy dog eyes that show such overwhelming love, jumping at your heels so that you'll play a game a fetch with him, sitting in his best 'good boy' pose in expectation of a treat, snuggling in your lap like a fluffy teddy bear, all of it- is a miracle.  The world's cutest, most devastatingly adorable dog  is right there, waiting for me to get home from work and take him for a walk.

I try not to lose track of that, and I've written here about how he helps me in that endeavor.  Reminding me to slow down, take a few moments to just realize what a beautiful day it is outside as we walk around the block.  To fully enjoy a game of fetch with a puppy who wants nothing more in the world than to play with you.  To just look at that face and melt the way that you can't help but melt at the sight of such a face.  To be present that way that one can only be in the company of a puppy.  I like to think I take that seriously enough to be always grateful for him, everyday.

But on this anniversary of bringing him home for the first time I can't help but pay special attention to that and to fully acknowledge, with all the weight that acknowledgement bears, that I am so blessed to have him in my life.
Posted by Bevimus at Monday, March 19, 2012 3 comments:

Email ThisBlogThis!Share to TwitterShare to FacebookShare to Pinterest
Labels: Family, Gratitude, The Many Adventures of Buddy

When I was in college I worked in the scene shop where we were tasked with building the sets for all the shows the college put up each semester.  There was a wide range of shows that we built the sets for and we had a wide range of things we needed to build for them.  A few stick out as being really eccentric and lead us to cart in garbage from a local dump, cut cars in half so we could have a junk yard scene, carry bags and bags of sand in to build a beach and go antiquing in search of avocado green refrigerators.  There were some interesting times that came out of all that.
Most of the time, however, we just did relatively simple, straight forward stuff.  Put flats together, painted them a billion times over, constructed door frames or book cases or chairs and built so many risers that I scarcely could find a pair of pants in my drawer I hadn’t left an allen wrench in.  It wasn’t complicated but damn, was it fun.  I loved being a scene shop chick.  I loved working with power tools, I loved covering t-shirt after t-shirt with paint splotches and spills, I loved coming back to my dorm smelling of sawdust and perpetually finding screws in my pocket.  It became equated with the creative spirit I so worshipped.
And I didn’t realize how much I missed it all until today when we built the set for the show.  As soon as I got there I grabbed a screw gun and handful of screws and went to work.  I loved it.  I loved the things that you wouldn’t think about loving in such a circumstance.  The smell of the smoke as you screw into the wood, the cold metal of the level as you try to even the legs on a platform, the high-pitched moaning the wood makes when you screw it into place, even the scrapes and bruises from a run away block that hit my arm when someone lost their grip on it.  It had nothing to do with aesthetics or how everything looked when we were done; it had to do with the hard labor of putting everything together.
It’s such a simple activity, a necessity of any production that most people don’t even think about.  But it brought up so many great memories for me and reminded me of how much I’ve missed this whole theatrical world I’ve been without for so long.  And even though we’ll tear down the set even quicker that we put it up as soon as the run finishes I can’t help but be a little giddy about what we built today.
Posted by Bevimus at Sunday, March 18, 2012 No comments:

Outside the sun is so bright it nearly blacks out the interior of the room.  The faded wallpaper surrounding the window is nothing more than a black box from which the light emerges.  A blinding green coming from every corner of the world as new life emerges again.  It’s so overwhelming he can’t see the world through the color.  There is nothing but the green burning into his eyes, enveloping him in a cocoon of greedy weeds swallowing his body completely.
Outside fresh stalks are pushing their way up through the ground.  Slowly climbing through a thick weave of clay, top soil, dead leaves and lush weed cover until they finally break free to the air and sunlight they thirst.  He can feel the light warming his skin.  Eventually, a sheen of sweat will begin to emerge from his pores as he traces the residue of long, hard days working out in the field pushing plows through red soil in the oppressive heat.  He can sense it the way that arthritics sense rain.  A dull pain in his muscles promising hours spent kneeling in a garden combing through the moist earth planting seedlings and staking budding plants.  His body aches for it- a hunger in his bones.
Outside the wind is full and ripe, almost like it’d been blown in from off shore carrying the scent of salt water and flotsam.  He hears it beating against the window and can almost taste the scent.  If he focuses he can smell the entire world out there.  Every particle flooding his nose with scents that bring back memories of landscapes so lush he can barely breath through the aroma.  They say that emotion is more deeply rooted in olfactory stimulus than any other sense and he can feel the truth of that now.  His eyes water with the deluge of feelings that pour over him.
Outside there is a pulse beating heavily as the world moves.  He can hear it thumping against his eardrums and his body responds to it violently.  The sound of his heart, of his blood flowing through his veins, his breath moving through his lungs, his muscles stretching all fall in line with the rhythm.  Every molecule in his body is one with that sound and it moves him like the tempo of a song so old he can’t remember its origin.
Outside it is spring and he knows it.  He knows it in a way that he is not capable knowing without eyes or skin or a nose or ears with which to connect to it.  He knows it on a level that transcends the lifeless body that cages him.
As they turn off the machines whose incessant beeping keep his heart beating at an artificial rhythm the sound of the outside world becomes more real.  As the sterile, blank interior retreats from his nostrils he can smell the soil and the sea.  As the tubes that pump air into his lungs slow he can breathe the air outside.  As the feel of the starched cloth evaporates he can feel the wind and the sun and the rain.  As the sight of people around him crying and talking of loss and endings fades away into the green he can see the shores and fields beyond the window.  An excitement expands beyond the boundaries of the physical form that once jailed him.  Because today, he is finally going outside.
Posted by Bevimus at Friday, March 16, 2012 3 comments:

Whenever I was with you, our conversations were so ethereal.  Not because of the content, but because of the feelings I had.  Like it wasn’t quite reality, for a time.  Like the concrete details of my life and my presence on the planet were somehow disconnected from me.  And they always seemed to linger just outside the door; I held my breath least I ruin the scene.
Every time you spoke, it seemed as if I’d missed a step.  Like a portion of our exchange had passed by unnoticed and you were on the next subject, expecting me to follow.  I did my best to follow but felt lost in a sea of near understanding.  As if I was constantly catching myself as I stumbled forward, trying to regain my balance.
Maybe that’s why I felt the way I felt with you.  There was no reality to interfere with my fantasy.  I could believe that you meant what I wanted you to, that all those silences and thick pauses exhibited a shared connection rather than a lack of understanding.  I saw us together, on the same wavelength, riding the same tides.  In actually, we were probably not even in the same body of water.
But how could we have been?  You were on a pedestal, so far above me that I couldn’t see you as anything other than a brightly burning star.  I watched you soar above the world, separate from it and immune to the everyday annoyances that plagued us mere mortals.  And I worshipped you, loved you, obsessed over this perfect, ideal vision I’d created of you.
Of course you were never really anything more than human, composed of the same capacities and failings.  But I realized that too long after you left my life to ever really see you.  And now I can't help but wonder what you look like.
Posted by Bevimus at Friday, March 02, 2012 1 comment: