O is for Okinawa

As I stated earlier, because Tang Soo Do is relatively young in comparison to other forms of martial arts its roots are found in other styles from other countries, one of which is Okinawa.  While Hwang Kee's first formal training was with a Chinese master he was unable to continue his studies with him.  Luckily, the railway company where he worked had a large library which is where he had his first encounter of karate books- books on Okinawan karate. 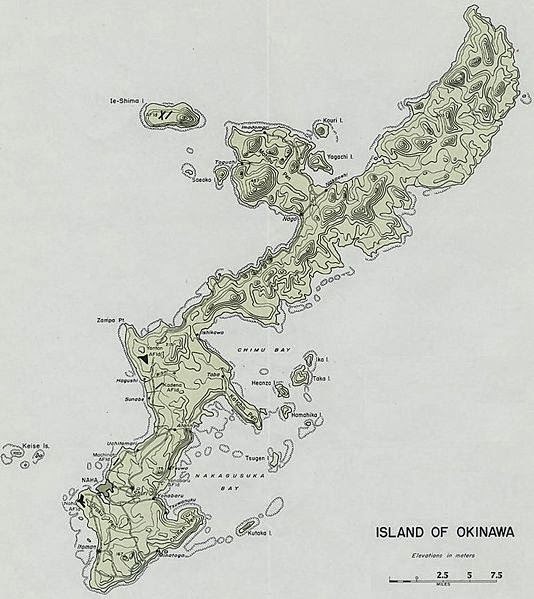 As previously stated, the Pyung Ahn forms, Kong Sang Koon and Passai (which we'll be talking about tomorrow) were all adopted from Okinawan karate.  But more than that, the history of an environment very much effects the development of the martial arts created there so Okinawa's history plays a large role in the development of the techniques which came from or passed through there.

For example, when the King of the three kingdoms came into power he banned the practice of martial arts.  Many individuals continued to practice in secret but if caught they were imprisoned.  The story goes that those individuals would still practice while in jail and that the form of Naihanchi (see N) evolved from this practice (confined in a small, linear space).   This is simply one of innumerable historical anecdotes which shaped the development of techniques which were adapted into Tang Soo Do.

Because of this, a great deal of Okinawa's history is part of Tang Soo Do Moo Duk Kwan's history.
Posted by Bevimus at Thursday, April 17, 2014