It's the CassaStorm Release Party!

That's right, folks!  Ninja captain Alex's final book in the trilogy comes out today!  Comment on Alex’s blog this week for a chance to win a Cassa mug, mousepad, magnet, and swag!

From the Amazon Best Selling Series! 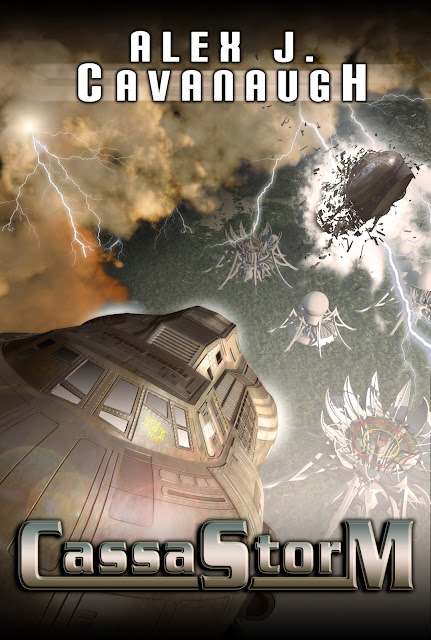 A storm gathers across the galaxy…

Commanding the Cassan base on Tgren, Byron thought he’d put the days of battle behind him. As a galaxy-wide war encroaches upon the desert planet, Byron’s ideal life is threatened and he’s caught between the Tgrens and the Cassans.

After enemy ships attack the desert planet, Byron discovers another battle within his own family. The declaration of war between all ten races triggers nightmares in his son, threatening to destroy the boy’s mind.

Meanwhile the ancient alien ship is transmitting a code that might signal the end of all life in the galaxy. And the mysterious probe that almost destroyed Tgren twenty years ago could return. As his world begins to crumble, Byron suspects a connection. The storm is about to break, and Byron is caught in the middle…

“With a talent for worldbuilding and a compelling cast of characters, Alex J. Cavanaugh combines high powered space battles and the challenges of family dynamics to provide readers a space opera with heart.”
- Elizabeth S. Craig, author of the Southern Quilting and Myrtle Clover mysteries

“I thought the revelation was going to be one thing and I was completely wrong … CassaStorm pushes the limits…”
- Tyson Mauermann, Speculative Reviews

“…mesmerizing story of survival, personal sacrifice, tolerance, and compassion. It’s a rare jewel that successfully utilizes both character and plot to tell a story of such immense scope and intimate passion…” - Nancy S. Thompson, author of The Mistaken


*And don't forget: CassaStorm is the final book in the trilogy.  If you haven't checked out CassaStar and CassaFire already you can find them here! 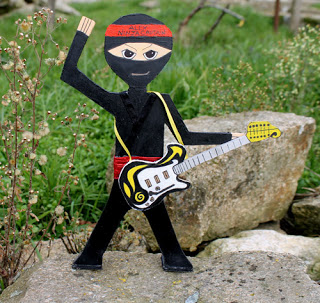 Alex J. Cavanaugh has a Bachelor of Fine Arts degree and works in web design and graphics. He is experienced in technical editing and worked with an adult literacy program for several years. A fan of all things science fiction, his interests range from books and movies to music and games. Online he is the Ninja Captain and founder of the Insecure Writer’s Support Group. The author of the Amazon bestsellers, CassaStar and CassaFire, he lives in the Carolinas with his wife.

And, although this isn't a book-release related comment, I have to take a second to say how incredibly grateful I am to Alex for being the amazing Ninja Captain that he is.  There isn't a single one of us who haven't been touched by his amazing support and I cannot image how he is able to be so present in every realm of the internet while publishing this best selling series.  He really must have an army of clones.

He deserves all the success in the world and I hope that this final book in the trilogy secures his seat in the hall of great authors.  Congrats, Alex!
Posted by Bevimus at Tuesday, September 17, 2013