Well, it's official- yesterday I crossed the 50k finish line and secured another all-important victory in my epic, endless battle with my inner self critic.  Plus I got lots of awesome winner goodies including this kick- ass badge!  Plus I get the bragging rights and the pride and the confidence that comes from having completed NaNo.  It's a big deal.

But perhaps the even bigger deal is that fact that I not only managed to hit 50k but I actually managed to FINISH my story.  As in "The End".  As in the thing that's eluded for almost every danged year that I've participated in this crazy challenge (which, for the record, is five!!)  And that, my friends, is the reason that this particular victory stands apart from the other four.

It's not that I've never reached the end before- I did once.  But I did it by skipping scenes, fast forwarding, inserting notes like "Write fight scene here" and generally half-assing my way to the words "The End".  So while it was a technical finish, it felt like a hollow win.  (Though it did feel at least slightly better than the three other unfinished manuscripts of varying lengths sitting on my hard drive collecting virtual dust.)

But now I have a real finish.  An honest to god beginning-to-end finish.  A real story.  Yes, I skipped a couple of scenes in the very beginning because I realized they required a ton more research and I didn't have time to do that and hit my daily word count BUT the bulk of the story is there.  I struggled through the fight scenes even though I had no idea what to write.  I figured out the transitions even though I agonized over them.  I did the hard work and I reached the conclusion.  And it feels REALLY GOOD.

That being said, there's something about this whole experience which has been very different for me and which makes it stand apart from all the others.  The entire time I've been writing this story- literally, the entire time- I was thinking about editing.  Not just editing- publishing.  Having other people actually read it.

That's NEVER happened before.  Most of the time I would think to myself "Well, don't worry about it too much- no one's ever going to read it."  This time I thought "Just keep going- you'll fix it later."

Now in some ways this was a terrible change as it kept me acutely aware of how much of what I was writing would be scrapped, changed or drastically altered upon revision.  Drafting requires you NOT to think like that so shutting that part of my brain off was a huge challenge for me this month.

But in other ways it is a very exciting development since I have never, EVER edited one of my NaNo novels before.  (Not surprising given how rare it is for me to even finish one!)  And the more I read from published authors the more it seems that the real art (read: work) of writing lies in editing.  So being gung-ho to actually try it is exciting.

I want to edit this thing.  I want to find the words that work.  I want to flesh out the characters, the settings, the descriptions.  I want to make the passages pop and get that writing to flow.  I want to do the real work.  I've never felt like that before.  Most of the time I do a happy dance, post my winner's badge and then promptly forget all about the novel.  I don't want to do that again.

That being said, everyone says to take a break before editing your first draft.  They say your mind needs some space from the story in order to come back with an objective view.  They say you're too close to it right after typing "the end".  So heading directly into editing is not the way to go.

Specifically, I'm going back to my 2009 NaNo project: Factin's Story.  It's a good ole fashioned fantasy complete with magical beings, corrupt empires and lots of Inns where mysterious characters meet up, get drunk and reveal important plot points.  It stands out in my mind as one of the most fun projects and I feel like it has potential if edited.  Plus, four years guarantees a fresh set of eyes to look it over with.

Because at the end of the day, 50k is wonderful- but it's not everything.  Especially if I do it year after year with no plans for what it will all lead to.  Because as great as NaNo is, I know that I can do it by this point.  While I stressed at some points, I never freaked out that I wouldn't make it.  But editing?  Well that's a whole new frontier.  And I'm excited to give it a try.

So for those of you typing away during these final hours of NaNo: Keep Going!  No matter what happens you deserve all the kudos in the world for attempting this crazy thing.  And for those of you who finished long before I did: Yay!  We're in the winner's circle!  And for those of you who skipped NaNo or don't believe in it or who are just reading this because you're nice: thanks for reading.  Perhaps one day I'll have something more substantial for you to read.  But for right now, I'm doing my happy dance. 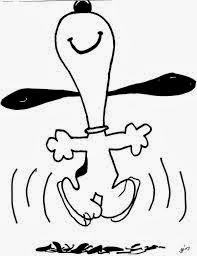