It's the Dream Destination Blog Hop staring Julie and Lexa! 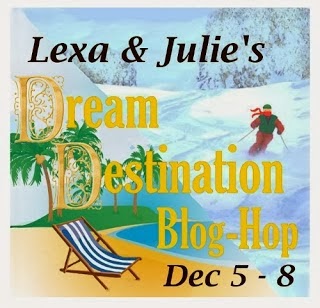 Today is release day 3 for Lexa Cain's new book Soul Cutter which came out December 2 and release day for Julie Flander's new book The Ghosts of Aquinnah!  So before we go any further let's hear it for Julie and Lexa! 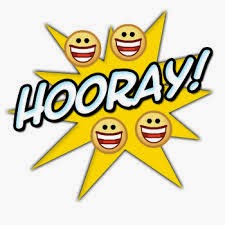 ﻿We all know Julie and Lexa rock so be sure to stop by and celebrate their awesome new releases with them!  And, as part of the celebration, I'm sharing my dream destination with you all!

It's a well-known fact that great minds think alike so it's no surprise to see that one of our hosts, Lexa Cain, has a similar thought process to where she'd like to go: Scotland!  My dream vacation is a slight variation: Scotland and Ireland.  But the stars of the show are the same either way: Castles!

I've had the distinct pleasure of visting both Edinburugh (by far my favorite city of the trip we took) and Dublin but they both have one big thing in common: they're cities.  The real castle experience comes from leaving the beaten path and traveling through the moors and over the highlands to the castles.  My dream tour would hit all the big marks in both countries and leave me so steeped in history you could tap a vein and draw ink!  I don't know when and I have no earthly idea how we'll afford it but one day, while we're still young enough to enjoy it, Dave and I are doing a castle tour!  Mark my words.

And now, time to move on to the real purpose of today's hop and visit the exotic lands of Egypt and Martha's Vineyard where our lovely authors' stories take place!  First up: Marth's Vineyard! 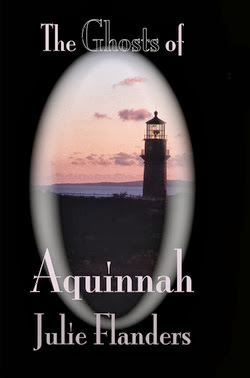 A brilliant flash of light transcends through time.
Another freezes a cloaked figure within a frame of salty mist as waves crash against a rocky shore. Her harrowing expression shadows the beacon to a pinprick.

By the next blaze, she is gone. Only the lighthouse remains.

Hannah’s eyes blink in step with each heartbeat. Images of her deceased parents and Martha’s Vineyard explode like firecrackers inside her mind.

She shakes her head.

For weeks this eerie woman dressed in nineteenth century garb has been haunting my webcam, but tonight she stared into my soul.

Casting aside months of research on historic lighthouses, Hannah drives to the coast and boards a ferry.

What is the strange connection she has to this mysterious woman suspended in time?

And, next up: Lexa Cain takes us on an exotic adventure in Egypt! 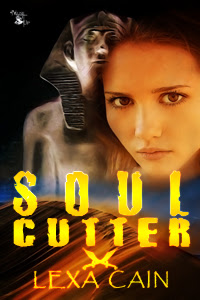 The Soul Cutter is hunting again.

Seventeen-year-old Élan spends her free time videoing psychic scams and outing them online. Skepticism makes life safe—all the ghosts Élan encounters are fakes. When her estranged mother disappears from a film shoot in Egypt, Élan puts her medium-busting activities on hold and joins the search.

In Egypt, the superstitious film crew sucks at finding her mom. When a hotel guest is killed, whispers start—the locals think their legendary Soul Cutter has come back from the dead. Élan's only ally is Ramsey, a film-crew intern, but he’s arrogant, stubborn—and hiding dangerous secrets.

When Élan discovers the Soul Cutter is no scam, she finds herself locked in a deadly battle against a supernatural killer with more than her mother’s life at stake.