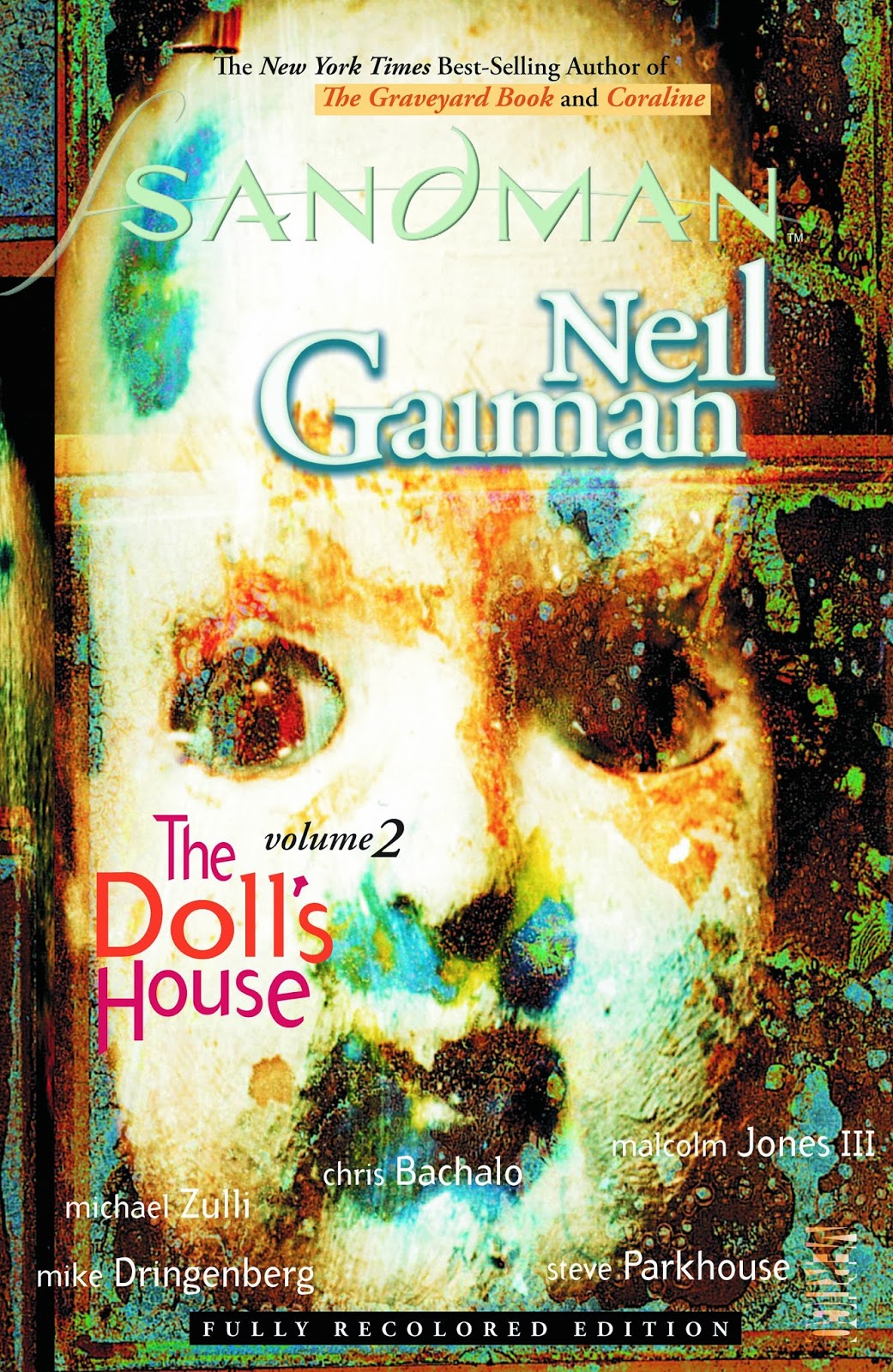 Important links: Neil Gaiman's Site and info on the series and this volume

"We have seen stranger things in dreams; and fictions are merely frozen dreams, linked images with some semblance of structure.  They are not to be trusted, no more than the people who create them."

That's the opening of this volume, placing you smack-dab in the middle of this strange, sometimes chaotic, but always uncertain realm of dreams.  It's clear from that opening that Neil wants us on our toes the whole time, warning us that it would be foolish to trust anything we see within the pages that follow.

Those pages make one glad for such a warning as from the get go we find ourselves disoriented.  After a recap of the events of the last volume, told to us by a mysterious figure who fills us with intrigue, we are suddenly thrown into the deserts of Africa where tribes still carry out coming of age rituals.  One of those rituals is a story- one so valuable that it is only ever heard once and only ever told once.  And it reveals the back story of a character we saw ever so briefly in the last volume- once consigned to hell for reasons we learn of now.

And then, much like the last volume, we are once again thrown into a series of stories- all connected, but all different.  Everything from a man made immortal simply so that one of the endless can have someone to talk to, to a serial killer convention, to nightmares and dreamscapes misplaced from the realm they belong in, to a house full of lost souls all looking for something beyond their grasp.  Each new character is as strange and captivating as the last and we find ourselves unable to get a firm footing with every new introduction.

It begins to reveal a little more about our title character, Dream, and brings out other layers of him.  As much respect as he does appear to have for the mortals whose dreams he reigns over he has other characteristics which challenge one's adoration of him: he is prideful and vengeful.  He carries out certain deeds which can irrevocably alter lives without second thought.  He ignores the suffering caused by these deeds and makes declarations of other deeds to come.  I can't say he's becoming more three dimensional as I imagine that by the time this series ends he will be fleshed out in far more than just three dimensions.  Unbound by the limits of time, space or meaning we struggle to grasp who he is with every new revelation about him.  And we left in a state of constantly wanting to learn more.

On the technical side, the dream-like quality of this work exists beyond the events of the story.  The panels don't follow a grid- they change shape and layout with almost every page and sometimes it's very hard to follow the progression of words as the pictures swirl around the pages and disorient you.  And those words themselves are so dream-like it can challenge one's perception, as it's meant to.

"we're just dolls.  We don't have a clue what's really going down, we just kid ourselves that we're in control of our lives while a paper's thickness away things that would drive us mad if we thought about them for too long play with us"

Try reading that in an eerily quiet office with no one else around and tell me it doesn't screw with your head.  And yet, you want to read more, don't you?  Learn more about those things, those beings who could drive you mad if you think about them for too long.  Dive further into the abyss, as it were.  As trippy and disconcerting as this boundless world is it's one that you can't help but want to explore, want to learn more about, want to lose yourself in.  (And getting lost in there is so easy to do.)

In the end I'm left with the same feeling I had at the end of the last volume, and the same question.  Dazed, and wanting to know where the next one will take me.  Needless to say, volume three is next on my list.
Posted by Bevimus at Thursday, January 16, 2014