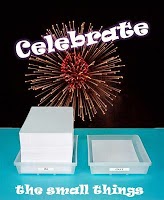 So I know you're all dying to know how it went last week, right?  I'm sort of glad I didn't write immediately because with a week past the event I can say what I couldn't directly afterwards: I think it was actually pretty damned good.

As I've previously said, I am one of the most self-critical people on the planet so of course directly following everything all I could see was how many mental errors I made during forms, how disappointed I was that I didn't get all my breaks, how much cleaner I performed the self defense take-downs during practice.  I even had to run off the floor after breaking to go cry in the bathroom because I'd built it up so much in my head and was so angry at myself for not getting everything perfect (by far my biggest failure of the test).

But in hindsight I can see how ridiculously harsh I was being.  Why?  Because I've had a chance to watch some of the videos Dave was nice enough to take for me and I could see that for every mental error I made the other candidates- people who I truly look up to and judge as far superior to myself in terms of ability- made just as many.  For every break that took me two or three tries they needed just as many shots to complete theirs.  No one was fluid and graceful when doing take-downs.  We were all so damned nervous that we ended up performing at a lower level than we had in class when practicing the same thing.

And something that the master of the gym has reminded us (and everyone else about to take the test) of: they all know that.  They've seen us practicing these moves over and over and they know whether or not we have the technique.  They've seen us practice the breaks in class and get them the first time because it isn't the test and the pressure doesn't make us fumble.  They know the level of martial artists we are because they've seen us every class, week after week, year after year.  They know.

So yeah, I think I did pretty well.  It took me three tries to get my 360 degree spinning back kick- but I got it.  And I made some mental errors during forms, but I immediately corrected each one and pounded out each move as if my life depended on it.  And I knew what I was doing, even if the take-downs weren't as fluid as I'd like.  And anything I'm dissatisfied with I will have time to do again- after all, 4th Dan is only 4 years away.  And in the mean time I'm thinking of some other goals for myself.

The biggest change from this test to those past was my level of physical preparation leading up to it.  I've said several times on here that I trained harder for this than I ever have for anything in my life.  What that actually lead to was a physical endurance test which ended up being sort-of easy for me.  There were challenging parts, yes and I didn't get through every single challenge with flying colors.  But I did better than I have in the past.  And the big change was that the day after the test I wasn't that sore.  Past tests I was so sore from lactic acid build-up in my muscles that I could barely move.  This time?  Almost nothing- certainly no worse than a particularly strenuous workout at the the gym.  That's huge, and a clear indication of how much my hard work has genuinely changed my physique.

The other huge change this has brought about is that I'm not satisfied.  Yes, the test is the most epic thing I've ever done in my life so far as facing down and conquering my own physical limitations.  But can I do more?  A friend of mine suggested I take up running because there are races year round and I could perpetually have something to work towards.  I've always hated running, always said that I just didn't understand runners, and always secretly resented myself for not being better at it.  But I've been running a decent bit leading up to the test in preparation and, as previously stated, I'm in a lot better shape physically.

So yesterday after doing the normal aerobics class at the gym I got on the treadmill .  At first I thought I'd just do a mile, but then I thought I could do more.  So I went a mile and a half.  Then two miles.  Then I thought that maybe a 5K really wasn't such a huge goal.  So I ran 5K- and I didn't have to stop to walk once.

So now I'm thinking that half marathon my friend suggested wouldn't be so impossible.  I have to train more, certainly.  But if this test has taught me anything it's that I'm capable of so much more than I ever believed I was.  So why the hell not?  Stay tuned...

P.S.  I don't officially get promoted to 3rd Dan until September so expect some pictures when that comes about.  And if I can find any pictures from the test that don't look terrible I'll post them here.

Email ThisBlogThis!Share to TwitterShare to FacebookShare to Pinterest
Labels: About Me, Celebrate the Small Things, Martial Arts, Running