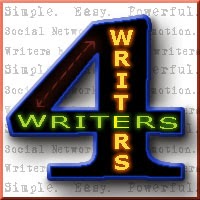 It's time for Writers 4 writers hosted by the wonderfully giving Mary Pax, Christine Rains, C.M. Brown, and Stephen Tremp.  Please stop by to say hi to our awesome hosts!

And now, onto our featured author: Michael Offutt 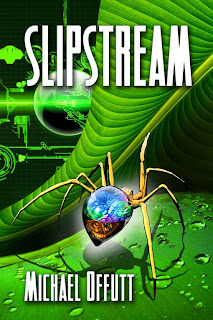 "Last night I died for the third time this week..." Those are the words spoken by Jordan Pendragon on the curb out front of his high school. He's talking about dreams he's been having. However, he soon discovers that they're not dreams but a premonition of things to come.

Jordan wants to be like every other seventeen-year-old boy. The only problem is that he's extraordinary in so many ways. For one, he's crazy good at fixing situations that have gone bad. It's a talent prized by his high school ice hockey team. However, when a car accident puts Jordan in the hospital, he wakes up with more than just an amazing slapshot in his toolbox. Jordan can manipulate space-time and in just a few weeks, he'll depend on it to save his life.
You can read an exert from this exciting story here: http://slckismet.blogspot.com/p/an-excerpt-from-slipstream.html
Check out his amazon page to see the other titles offered from this author.

Head over to his site to get the tweets for today's promotion!

Michael Offutt writes speculative fiction books that have science fiction, LGBT, and paranormal elements. His first book, "Slipstream" has received some critical acclaim and was published by Double Dragon in the spring. The sequel, "Oculus," came out in November 2012. He has one brother, no pets, and a few roots that keep his tree of life sufficiently watered. By day, he works for the State of Utah as a Technical Specialist. By night, he watches lots of t.v., writes, draws, and sometimes dreams of chocolate.
Michael Offutt graduated from the University of Idaho in 1994 with a Bachelor's degree in English.

Today's W4WS was originally due to feature two authors but the second, Nick Wilford, is now in need of our support.  Nick had been working on getting his son Andrew, who suffered from cerebral palsy, to a special college by selling an anthology titled Overcoming Adversity in order to raise funds for his education. 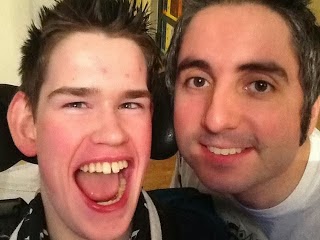 I just learned that Andrew passed away unexpectedly this past weekend and I wanted to offer my prayers to Nick and his family during this incredibly difficult time.  Many people who know and love Nick have been brainstorming ways to show their support and the wonderful Kyra Lennon is spearheading the fundraising efforts so that Nick and his family can celebrate Andrew's memory by contributing to the charity of their choice.  Please head on over to her site to find out how you can give.  Click here.